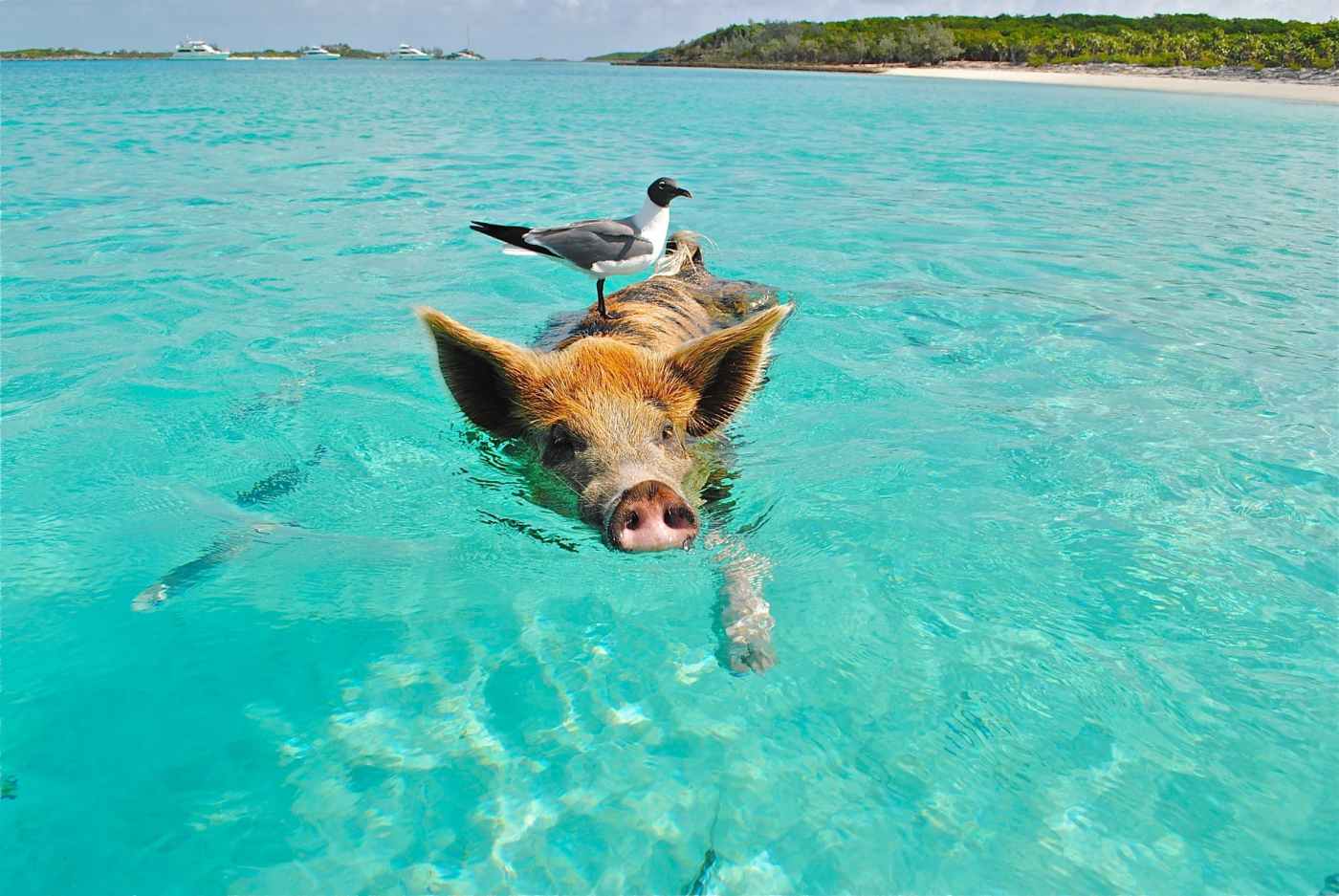 … but it only takes a swiming pig to make me smile.

I didn’t want to take the day off, but I had no energy and felt sick. Sometimes I wonder if my physical ailments manifest how my brain feels – possibly vice versa too. I had to fight to get out of bed and do shit. “Get up!”

Oh. I forgot to mention yesterday. In trying to unclog/plug his ear, Matt blew a hole in it. I had no idea you could do that to yourself. They gave him Ciprodex, a prescription ear drop to stop swelling and bacteria growth. The boy only has one good ear, and he’s blowing holes in it.

Above is the image I saw in my head but I needed help to draw it, so I used the image below:

I like how his fists are in the pic, but I left them out of mine because I wanted it to be closer to my original vision.

I don’t know how I feel about the Pope visiting Indigenous folks and apologizing on behalf of the church. All those lives lost and the generational trauma cannot be made up for with an apology. How do you obtain a sense of justice and begin to heal when the people responsible are long dead? (I think)

There are things we shouldn’t do because we can never make up for it. Ever! What kind of person are you who abuses children and tries to erase cultures instead of embracing, understanding and learning from/about them? I wonder if any of them considered how they would feel if they were the ones being stripped of

Of course, I could go on and on about the many atrocities we humans perpetrate on each other throughout history, and I could predict what will happen in the future, but that will only make me feel worse than I already do.

Ugh! It will go on until it stops. Our differences continue to separate us.

Great! Now my head hurts! Humans make me sick! We’re a bunch of bipedal civilized savages, disguised as educated, monetarily rich, and well-dressed but vacant. (I had to pause and write a poem – Done!)

I know … I’m supposed to be focusing on the good. (for my own good. heavy sigh)

FYI: I am too old to register as a stem cell donor.

Don’t ask me where I know that song from. I cannot remember.

All is well and Well is good. Dee is slowly stepping into the role of creative director at her graphic design firm and the boys have interviews tomorrow. Matt for a job and Dre for a roofing program. And I am one step closer to being independent, as in free from dependents 🙂 Technically I only have one dependent, Matt.

Sometimes I swear too much, and it bugs me; other times, it doesn’t. I am now in my swearing too much phase.

Office day tomorrow! I feel … disconnected and tired and sad.